It will make things easier if you just use the prebuilt packages. If, however, you want to test the very lates features and fixes, you will need Git. Clone the lightningbeam sources with

git clone git://github.com/skykooler/Lightningbeam.git
To run:
cd Lightningbeam
python lightningbeam (or C:\Python2.7\python.exe lightningbeam on Windows)
And that's it. However, you will probably want a bit more advanced functionality.
The most important thing is probably to be able to view trace() output. The regular Flash player from Adobe can't do this. On Linux, simply install Gnash and run it with -v. 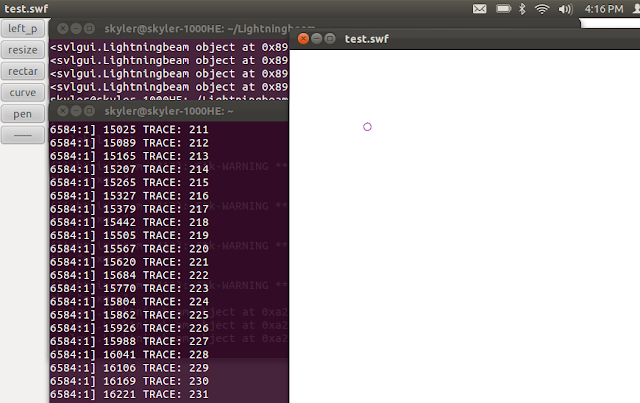 On Mac, you will need the debug Flash player from Adobe and Vizzy. Launch Vizzy first, then open your .swf with the standalone debug player. You should see your trace output in the Vizzy window.
Lightningbeam now displays the trace output internally if you use the debug player. Simply press Tools>Execute and an output window will come up to show the trace, as well as the flash player window. 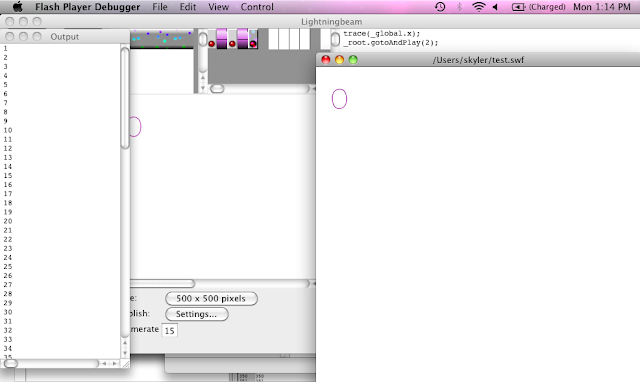 To enable the experimental OpenGL rendering, you will need PIL and PyOpenGL. This is incomplete, however.